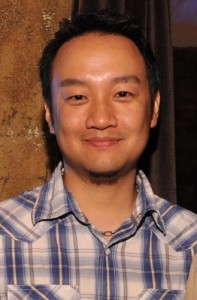 We are pleased to announce our newest addition to our industry speakers, Dan “Shoe” Hsu.

Dan “Shoe” Hsu is an 18-year veteran of the gaming press. He’s appeared in or on Electronic Gaming Monthly, 1UP, G4, CNN, NPR, Bitmob, VentureBeat, CNBC, ABC Radio, and more. During that time, Shoe has seen and coordinated every type of pitch, from the desperate pleas of a one-man indie developer to a worldwide exclusive debut of a triple-A, monster-budget sequel. Currently, he manages the Partner Alliance, Developer Relations department at Sony Computer Entertainment America, helping to support indie and free-to-play PlayStation developers through co-marketing.

We’re pleased that Dan will be bringing his years of experience, both in independent and AAA games, as well as industry press to the developers at Vector.

Remember, you can buy your tickets still for early bird pricing until February 15!